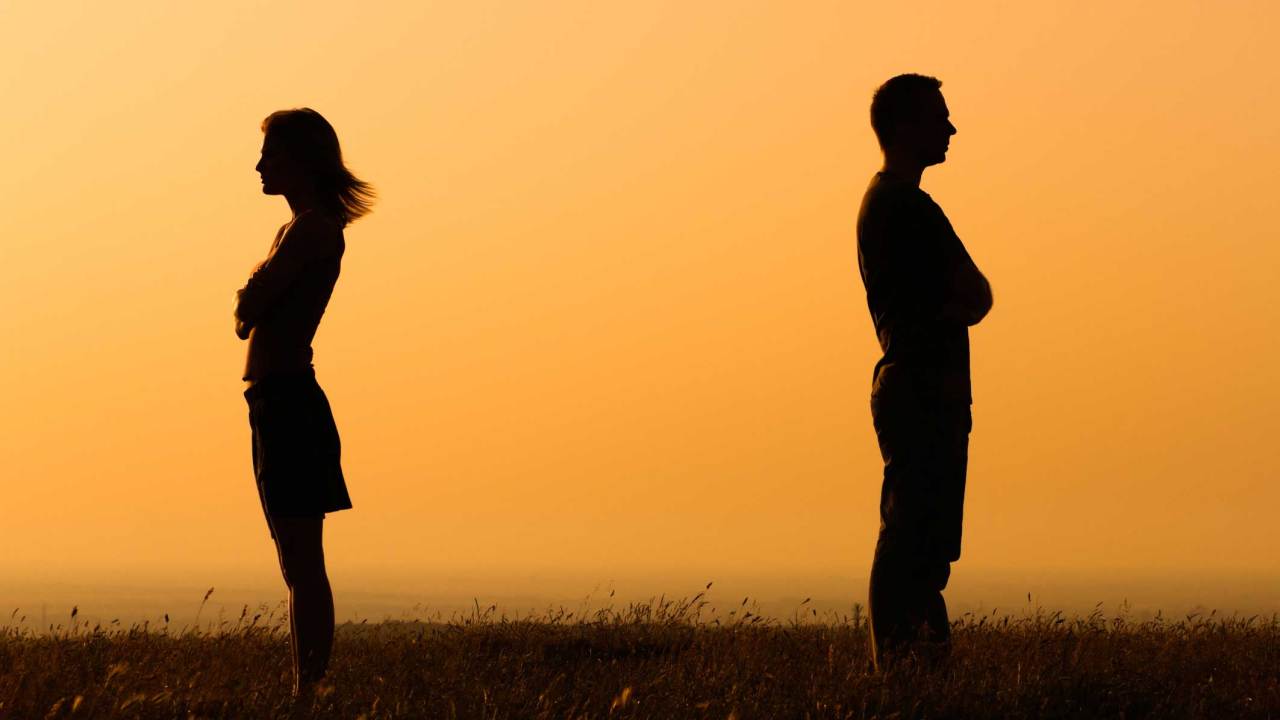 ” It’s funny how we ignore the obvious truth of how cowardly it is to pretend to be something we’re not, because we’re afraid of what others will think about the Real Us.
We are ACTUALLY BEING the very thing we’re afraid of, or accusing others of being,
when we put on our masks to hide our true & authentic thoughts & feelings.
To be sure, there ARE people who demonstrate a high level of stoicism & emotional consistency.
People who seem consistently steady, regardless of what’s happening around them.
People who are being authentically true to themselves amid their stoicism are awesome, & probably great behavior models to aspire to – because we probably shouldn’t let our emotions affect us as much as we do.
But in the interest of pragmatism, it’s pretty important to deal in reality.
In real life, almost nothing influences human behavior as much as our emotions do.
Just ask every successful marketing pro in world history ! ”

” That’s an important word — “invalidate.” But I haven’t always thought so.

My wife would sometimes ruin an otherwise perfectly good night at home or dinner conversation by accusing me of “invalidating her feelings,” to which I’d usually roll my eyes at my silly, overly sensitive wife and her cute little feelings.

Feelings aren’t facts, right? So facts matter and feelings don’t – a convenient excuse to fall back on any time the topic was about something impacting her emotionally, but not affecting me.

Even today, I’m guilty of thinking back on my marriage as a relationship with fights about things that didn’t matter. Little, insignificant things we’d blow out of proportion. A dozen years of being unable to see the forest for the trees.

EVERY one of those fights mattered. They signaled that something was wrong and I dismissed or ignored that for years, probably because it hadn’t started hurting yet.

Emotional Cyborgs & Fake Stoicism are the Life of the Invalidation Party

“Really? You want to talk about validating someone’s feelings? God, you’re such a pussy,” some internet tough guy might be thinking.

And I understand that because I used to be an internet tough guy too and throughout my life have pretended that things that hurt or upset me weren’t actually hurting or upsetting me.

(That’s an example of validating someone’s thoughts and feelings even if you disagree with them.)

I thought if people knew the truth — that my feelings were hurt — that they’d view me as some wimpy bitch. Not a Real Man. Boys don’t cry !

Having my Man Card was important to me. It’s important to most guys, near as I can tell. The thinking seems to be: If you have your Man Card, the guys will accept me and the ladies will want me.

It’s funny how we ignore the obvious truth of how cowardly it is to pretend to be something we’re not because we’re afraid of what others will think about the Real Us.

We are ACTUALLY BEING the very thing we’re afraid of, or accusing others of being, when we put on our masks to hide our true and authentic thoughts and feelings.

To be sure, there ARE people who demonstrate a high level of stoicism and emotional consistency. People who seem consistently steady, regardless of what’s happening around them.

People who are being authentically true to themselves amid their stoicism are awesome, and probably great behavior models to aspire to — because we probably shouldn’t let our emotions affect us as much as we do.

But in the interest of pragmatism, it’s pretty important to deal in reality.

In real life, almost nothing influences human behavior as much as our emotions do. Just ask every successful marketing pro in world history.

Good People with Good Hearts do this

I was reading through various psychology articles on invalidating others as a tactic for winning an argument, or as a means of trying to convince someone or ourselves that something is better or worse than what it is.

In doing so, I found eight common invalidation techniques people use in all kinds of conversations with everyone they talk to — not just their partners.

I realized that people who are otherwise wonderful do this, and accidentally ruin their relationships with people who want to love them, but eventually stop subjecting themselves to that person’s invalidating bullshit.

1. Misunderstanding what Validation is

Sometimes my wife would tell me a story about one of her friends or something that happened at work. Sometimes, when she told me the story, I would find myself disagreeing with her assessment, and defending her friend, or otherwise taking a different viewpoint than she did. I thought I was “being fair.”

I thought I was calling it like I saw it. Being real and stuff. But what I was doing was confusing Validation with Agreement. I didn’t have to agree with her to look for the very real reasons why she felt as she did, and then express that I understood her perspective.

“I get it, babe. I’m sorry you have to deal with that at work on top of everything else. I know it gets hard sometimes,” would have worked fine.

Instead of “It seems to me you’re overreacting. Maybe if you did X, Y, and Z, your dumb girl feelings wouldn’t be interrupting my dinner,” which I didn’t actually say, but she probably heard.

Sometimes people feel sad or angry. We don’t want them to. Maybe for unselfish reasons, but probably for selfish ones too.

So we say, “Oh, don’t be sad,” or “You have nothing to feel sad or angry about. Everything is going to be fine. Don’t worry about it.” This is almost always done with the best of intentions, but it also almost always makes you a dick.

When you tell someone who is sad or otherwise upset (involuntarily) to NOT be that way, what they hear is (even from really nice, unselfish people): “Oh, that sucks that you feel that way.

Let’s go do something awesome that I want to do instead, so that I don’t have to worry about this thing that matters to you but doesn’t impact me.” The first cousin of trying to fix feelings is…

Dishes by the sink, yo. Didn’t matter to me, so they SHOULDN’T matter to my wife, right? Because how I experience the world should be indisputable, absolute truth and the unquestioned law of all human behavior, right?

For the life of me, I can’t figure out why we’re so shitty about this. Every second of our lives, we experience things through our individual, first-person experiences,

and so often it seems, we think EVERYONE — no matter where they’re from or what they’ve been through — should draw all of the same identical conclusions and have identical emotional responses as us.

If someone is acting like something’s important that we don’t think is important, we minimize it. Make it out like it’s not a big deal and they shouldn’t worry about it.

This is ESPECIALLY shitty when someone is upset with OUR behavior, but we disagree that what we’re doing should upset them. You should only do that if you love getting divorced.

According to Dr. Karyn Hall, “Hoovering is when you attempt to vacuum up any feelings you are uncomfortable with or not give truthful answers because you don’t want to upset or to be vulnerable.

Not acknowledging how difficult something might be for you to do is hoovering. Saying ‘No problem, of course I can do that,’ when you are overwhelmed, is hoovering.”

We wear masks for all kinds of reasons in our relationships and in our interactions with others. We’re afraid of rejection. We want to be liked.

A lot of bad things happen when we’re dishonest – even when they seem like innocent little white lies that are totally harmless.

5. Misinterpreting what it means to be Present

Sometimes people think that being in the same room, or the same house, is the same as being WITH someone.

We’re not off doing something on our own away from home. We’re right there, watching TV, playing a video game, fiddling with our phone, or whatever.

But what she wanted to do sometimes, even more than what she might have preferred individually, was to be TOGETHER.

Feeling present with each other, and the emotional connections that thrive from shared experiences was something she wanted.

Turns out, this is also something NEEDED for relationships, including marriage, to thrive and function well. She knew it. I didn’t. And now we’re not married.

Judging isn’t so different than minimizing. But judging often adds an element of ridicule to the occasion, which can often cause a lot of damage.

I already mentioned it earlier — if my wife told me a story, or even just liked or didn’t like something opposite of me — I would react with judgment. Not only was I disagreeing with her, but sometimes I was doing so in ways that made it clear that I believed all of my thoughts and feelings had more value than hers. As if I came to them from some pure and intellectually superior place, and hers were just some stupid girl feelings.

This one’s awesome. We invalidate other people by saying they don’t feel what they are saying they feel. They report what they’re experiencing in real-time, and instead of accepting that — we just tell them they’re mistaken. That they don’t know what they’re saying and feeling, as if we think they’re hallucinating or mentally insane.

Nonverbal invalidation comes in many forms. The shittiest are obnoxious eyerolls, finger-drumming, or yawning.

The more common and innocent ones are when we drift off during conversation, interrupt, change the subject, check our phone, or any number of nonverbal things that communicate to someone that whatever they’re saying couldn’t possibly be as important as whatever we wish we were doing or discussing.

Unfortunately, this is classic ADHD behavior, and OFTEN done with no intention or awareness of how it’s being received emotionally by someone else.

I’ve spent a lifetime doing this, I think, but only in the last few years have had the mental wherewithal to check myself and achieve the self-awareness and focus necessary to keep my eyes and thoughts on the person with whom I’m conversing.

More than half of marriages fail (when you factor in all the still-married people who hate one another).

I assume non-married relationships end at an infinitely higher rate, but I don’t have data to support that.

But I don’t need data to know that MOST of the ugliness that arises between two people who began their interpersonal journey totally infatuated with, and interested in, one another grows slowly from a million of these little moments.

Invalidation. It has surely ruined a number of my relationships, romantic or otherwise. What has it done to yours? “

Skip back to main navigation